A Legal Expert in Your Corner

At the Law Office of Kevin Heffernan, Ltd., your needs come first. My mission is to help you maximize your chances of success—whatever that means for you and your family.

In a divorce case for example, it may be more important for a client to preserve his relationship with his ex-spouse so that they can co-parent together for years to come rather than aggressively seek a favorable division of the marital assets.  Similarly, a tenant may not view a monetary reward as important as ensuring that she is able to keep living in her apartment.

As your partner through this legal challenge, I promise to:

I look forward to helping you achieve a successful resolution of your case. 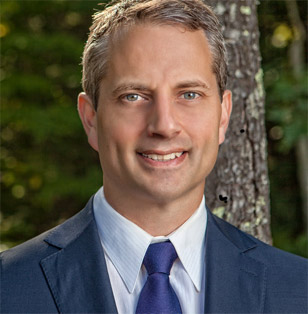 Mr. Heffernan’s client-centered approach is backed by serious legal expertise. Since graduating from law school in 1997, he has acquired irreplaceable experience in housing, family, and divorce law over the course of his career. He understands the critical importance of preparation, and the nuances of the various courts and judges that often change the outcomes of cases. He was the housing attorney for Community Legal Aid in Springfield, Massachusetts, and then learned the other side of the law by working for a small firm that primarily represented landlords. He has successfully started his own law firm twice, first in Portland, Maine, and now in Boston.

He has 18 years of litigation experience, advocating for clients in family law, divorce law, child custody and child protection cases and has represented almost 100 tenants and landlords in a wide variety of housing law cases.

Advocating for Children and Families
Mr. Heffernan is a fierce and determined advocate with a record of success in family and divorce law. He has conducted jury trials and successfully appealed two cases to the state’s supreme court. He has prevailed in numerous sophisticated cases such as child removal, interstate kidnapping, and child abuse and neglect. He has zealously represented parents in protecting their children by obtaining sole physical custody for clients whose spouses are unfit. He is well-versed in the dynamics of substance abuse and mental illness, which so often play a role in custody cases, and is familiar with the various psychological experts in metropolitan Boston whose testimony is critical in determining the outcome of these disputes.

Representing Tenants and Landlords
Mr. Heffernan has represented multitudes of tenants facing evictions, foreclosures, or substandard living conditions. He has successfully sued landlords, obtained real estate attachments, and secured significant monetary damages for claims of breach of warranty of habitability, breach of quiet enjoyment, retaliation, negligence, emotional distress, and violations of the Consumer Protection Act (a/k/a Chapter 93A). He has also successfully argued for reasonable accommodations for disabled tenants under the Americans with Disabilities Act (ADA).

Using these same skills and experiences, Mr. Heffernan has successfully represented dozens of landlords in evicting tenants who are not complying with their leases by creating disturbances, damaging the premises, or simply not paying their rent. These cases often turn on the courts’ evidentiary rulings and his experience in the various housing courts have made him adept at anticipating and prevailing in the various evidentiary issues that will arise at trial.